Our team consist of top-notch 30 diligent professionals providing state-of-art trading facilities to a number of institutional, corporate, high net worth and retail clients. Being the market leaders in the industry for 35 years, we have left no stone unturned to soar our firm to heights unlimited. We have burnt the midnight oil and today over a short span of time, Muhammad Munir Muhammad Ahmed Khanani Securities Limited has earned a reputation like no other in the Pakistan Stock Exchange.

We aspire to be the go to financial advisors for our clients and prove ourselves to be an asset for them. Our visionary approach helps us foresee financial twists and turns and enables us to push ourselves and provide effective solutions that win us value and trust among our clientele.

We have worked diligently day and night to make this firm what it is today and we aim to leave no stone unturned to maintain our reputation in Pakistan Stock Exchange and take it much forward from where we are today. Our mission is to build sound and long-lasting relations with our clients and prove our mettle in the field of equity brokerage.

The services is amazing

Our business consulting services can help you adapt to new market dynamics and devise strategies to develop business skills and knowledge.

The key to more success

We are renowned for our work in securities brokerage with 35 years of expertise and knowledge.

Mr. Muhammad Munir Khanani, the CEO of our firm, is the man behind all we have achieved in all these years. With a career spanning over 35 years, he holds remarkable expertise in the field of Securities Brokerage.

Mr. Muhammad Munir Khanani has great proficiency in establishing successful business organizations and taking new startup ventures to heights of efficient brokerage. Some highlights of his achievements are as under:

• Mr. Munir Khanani is currently the Vice President of Stock Broker Association.
• He started off his career by serving as an executive, imparting his expertise in few local brokerages and financial institutions.
• He served the Pakistan Stock Exchange diligently on various positions for many years.

• He also lent his services as Director of Arbitration Department in Karachi Stock Exchange.
Mr. Munir Khanani is one of the most active members of the Exchange, presiding over a team of experienced professionals and overseeing all arenas of brokerage, including equity sales and marketing. With this vast industry experience spanning over decades, he has an earnest desire to add on to the meshwork of retail investors and make the capital markets of Pakistan accessible to all sorts of retail investments. Aiming to take his company to unfathomable heights, Mr. Khanani is burning the midnight oil to progress by leaps and bounds, thus taking brokerage to an all new level. Together with his extraordinary team full of spirit and tenacity of purpose, he is leaving no stone unturned to make Muhammad Munir Muhammad Ahmed Khanani Securities Limited the most reputable brokerage house in Pakistan.

We are a bunch of exuberant professionals who are committed to providing our clients solutions to all their financial problems and make trading an experience they cherish, thus boosting their trade performance on all levels. We envision a stock brokerage that is Pakistan’s best and most trusted one.
Our experiential performance for the past 35 years has enabled us to build a reputation in the market that is worth an applaud. Our mission is to provide our clients with executable ideas, thus winning over their trust and value. We as a financial solution provider make sure to deliver services that take our clients up a notch. These include execution, settlement, research and risk management to soar our clients to heights unlimited.

We abide by moral values of honesty and transparency in our dealings, thus ensuring value for money to our target market. We adhere to all legal and social norms of the Pakistan Stock Exchange and leave no stone unturned to instill our confidence among the clients and add value to their businesses. With a vision to grow their investments, we have a valued brand equity among our valued clients.

As echoed by our corporate values, we understand the importance of integrity and commitment to the client and believe that success comes from having a long term vision, especially when it comes to relationship building. We thus aim to meet and surpass your expectations by providing a secure, comfortable, and reliable investment environment. I invite you to browse  our website and discover who we are and learn more fully how we can advance your investment and business needs. In this spirit, thank you for selecting us as your broker of choice and all the best in your future trading.

Muhammad Munir Muhammad Ahmed Khanani Securities Limited is a value oriented firm. Here, we not only work hard to provide solutions that meet our client’s requirements but also instill values among ourselves in order to build a healthy client-broker relation.

At all hierarchical levels throughout our company, we ensure to inculcate :
• Honesty in client broker relation
• Hard work to provide value for money
• Openness in people dealing
• Innovation according to contemporary trends
• Embracing change
• Positive attitude towards work
• Proficiency in communication skills
• Being mindful about financial twists and turns

We hold great pride in stating that our firm is in great hands as far as the sanctity of our organization and our market value is concerned. Our directors are men of great professional expertise and deem a repute like no other in the brokerage arenas. 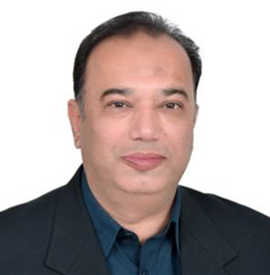 Manzoor ahmed became the director of Muhammad Munir Ahmed Khanani Securities Limited and has been working with the firm since 1999 due to his spectacular dictatorship.
He initiated his career at PSX, where he managed institutional HNW sales desk as Senior Equity Dealer.
His career experience now spans over 22 years in securities brokerage and private wealth management. This has earned him a great repute in managing equity sales functions for large family business houses, local, institutional, retail and HNW clients. 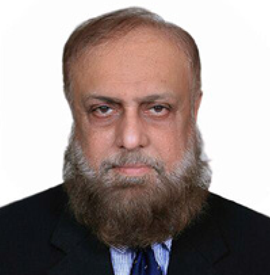 Muhammad Arif joined Muhammad Munir Muhammad Ahmed Khanani as a partner in 1999 and later established himself as the director of the firm owing to his remarkable work history and tremendous knowledge.
He ensured smooth running of the firm and has certainly lived up to its true essence of responsibilities.
He graduated from University of Karachi and initiated his career as an importer but worked actively as an agent with proficient members of PSX. These valuable experiences led him to join hands with Mr. Munir Khanani. 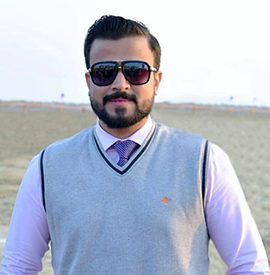 Mr. Nawaz Malik holds an MBA from the Insitute of Business Management and Bachelor of Science with Joint Honours in Accounting and Finance. He has a Certifications in Banking and Finance from London School of Economics (LSE) and institute of Bankers Pakistan.

WHAT MAKES US DIFFERENT?

The equity brokerage arena sees many companies working to fulfill their clients’ requirements, but we proudly claim our worth to be different among the rest. We have lived up to the changing realms of contemporary times and adapted ourselves to new scenarios that surely take us ahead of the league.
Some distinguishing salient features that make us different are as follows :

• A vast clientele comprising of up to 10,000 clients
• A diligent workforce of 30 professionals
• A Sales team with great expertise and convincing skills
• A proficient back-end office team
• An effectively working customer support staff

As far as the mechanics of our firm is concerned, we differ in our functioning and have surpassed the others by providing :

Apart from this, we respect confidentiality on all customer transactions to maintain a transparent environment throughout the firm.